Ok, in the event of full disclosure it wasn’t just a Jamaican vacation.

A few weeks ago the Hubby, the Mini, my parents, brothers, grandfather, and 6,000 of our closest friends all took a little trip around the world.

Or at least a trip to Haiti, Jamaica, and Mexico. 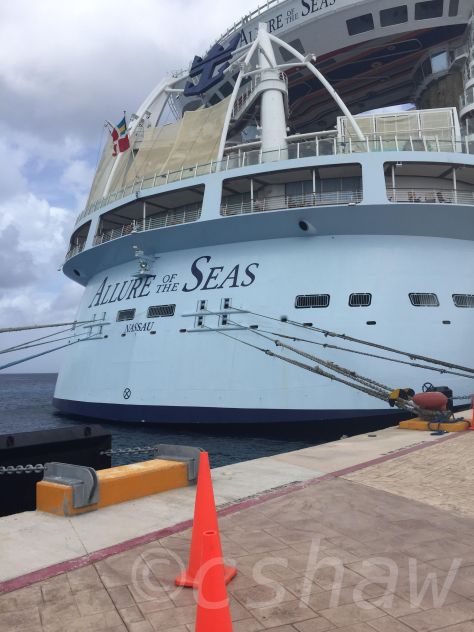 It was an absolutely fantastic cruise, and I’ll go so far as to put in a shameless plug that if you’ve never been on a cruise, you should totally go on one.

As soon as possible.

And take me with you.

It really was an absolute blast, and quite the experience all around. I could keep you for hours with stories and pictures from the trip, but I’ll refrain.

There is, however, one story that stands out far above all the others.

And as much as I’d like to be sharing a hysterical story about someone doing something crazy, the moment that will stick with me forever isn’t at all hilarious or “entertaining.” But it is a nice dose of humility that I very clearly needed.

While docked in Jamaica, we decided to participate in one of the excursions that the ship had to offer. My dad was even able to find one that the Mini could also participate in.

Yay! (This was actually harder than one might think, so it really was exciting.)

So we (and quite a few of our newfound friends) all piled into a Catamaran for a beautiful tour of some Jamaican waters – complete with snorkeling, patties, and for those participating, rum punch.

It was a beautiful day. The water was a gorgeous shade of blue, there was a lovely breeze, and you just can’t beat the Jamaican atmosphere.

We were jamin’ mon.

But as wonderful as the day was, the catamaran ride was scheduled to last somewhere around 4/5 hours. Which, if you’ve even been locked into one place with a 7.5 month old…is a long time.

By the time the end was anywhere in sight the Mini had refused her nap, was overheated, bored, and. So. Very. Done.

The hubby and I weren’t exactly seeing eye to eye at the moment (who knew a grumpy kid could do that to you…), and we were just ready to get off and find some cooler air.

But, as they say, all good things must end and eventually we landed back on shore.

I, with the baby strapped tightly to my chest (because apparently a fussy baby = everyone must touch her…), made my way off the catamaran as quickly as I could, and after reconvening we found ourselves back on route to the ship.

On route in a small, relatively cramped, and rather warm “bus.”

Now allow me a moment to give a small back story here. Before beginning this adventure, the group of us happened to notice a…well let’s just say unique looking couple joining us. You know the type, the kind who look like they think they’re cooler than they really are. Specifically, the male half of this couple stood out like a sore thumb. From his ridiculous hair style down to his rather odd looking tattoos everything just screamed…I don’t even know. Weirdo maybe?

I hadn’t even met them, but you just sort of knew them.

Now, back to the hot, cramped, long bus ride. My mom, the Mini, and I found ourselves sitting next to this previously described couple.

I was finally getting the Mini to stop crying when I noticed this gal getting her vape set (I am not an aficionado in the phenomenon, so please excuse my terminology) out, and beginning to take a few puffs.

Now, I don’t usually care if you smoke, and I don’t normally care what you smoke. But at this point in the day I was hot, tired, and a fiercely protective mama bear. And I’ll be darned if you were gonna smoke inside the bus right next to my baby.

Also at this point, my mom, being the concerned grandmother she is, was trying to help me get the Mini situation under control. I immediately began pointing out this predicament to her, and was…um…maybe not as polite as I should have been.

Or, apparently, as quiet as I thought I was.

And just my luck, he overheard me.

But, even though he had every right to be frustrated with my attitude, he instantly spoke quietly to his (later we found out) wife, and had her put everything quickly away.

Then, remembering that in the same sentence I had said how overheated the Mini was, he set out to turn all the air vents within his reach to point at myself and the Mini.

He finished by asking if there was anything else, anything at all, that he could do to help me out.

It really wasn’t as dramatic as that description probably sounded. This gentleman was incredibly subtle with his actions, but so incredibly kind.

And I was so incredibly not.

Almost as soon as he opened his mouth, I regretted my earlier judgment.

The inside of this particular book, did not match what I thought I understood the cover to describe.

I only caught a glimpse of this gentleman and his wife once more during the remainder of our vacation, but I will forever remain grateful for the lesson in humility he provided me.

How’s that for a vacation souvenir? 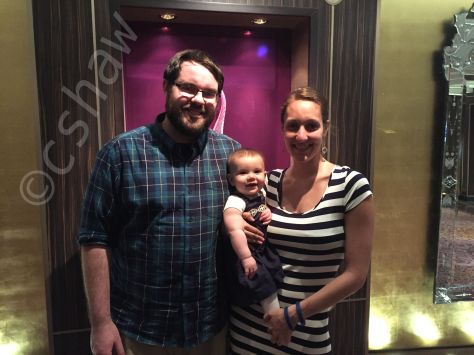 One thought on “A Book, His Cover, and Our Jamaican Vacation”